Inspirational Sunday (5) via the Quilts exhibit at Muzeo 2015

This post will wrap up my visit to Muzeo in Anaheim, and focus on two of the quilting artists in the "modern room".

However, before I share, I want to know which show you would like me to share next??  I have pics from both QuiltCon and Road to California.  So think about it, and let me know at the end of this post!

This first one is called "Safety in Color" by Joe Cunningham. 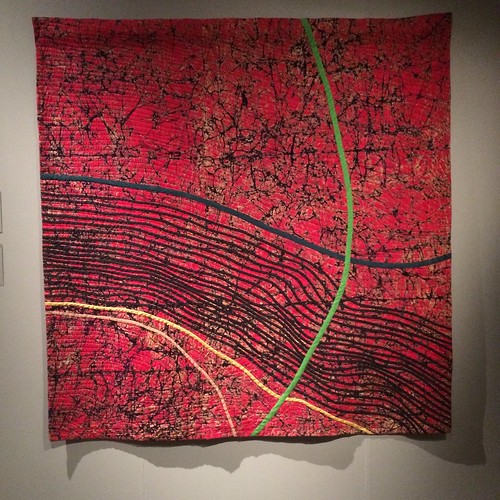 It was a bit interesting to learn that this quilt is politically inspired.  Joe was reacting to the different colored "threats" that our government has put in place, and the "Green Line" in Baghdad showing safety.

Here is a close up. 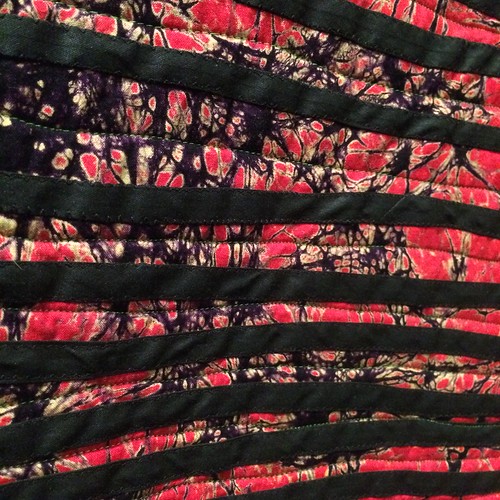 Sometimes I really like to look closely at these art quilts to try to figure out what they did.  This one appeared to be appliqued bias pieces, something I was going to learn a lot more about at QuiltCon. 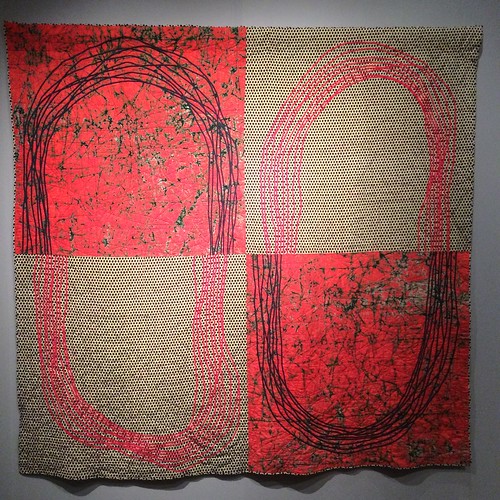 It looks very similar to me despite being made nearly 2 years apart.  Perhaps it is because some of the same fabric was used?  I know artists have their own look and style, but I would have liked to have seen some of work in different colors.

You can learn more about Joe the Quilter here.

One of the other artists whose work was exhibited was Sheila Frampton-Cooper.  She has a very distinct look to her quilts, and I must admit that I really like them.

This first one is called "Yellow Brick Road". 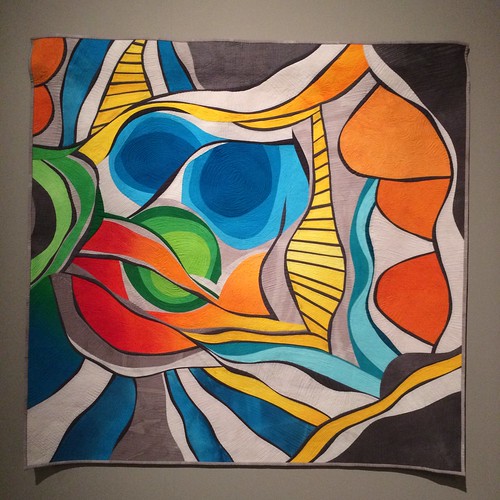 I love the use of near solids (she dyes her own) in her work AND the intense quilting on them.  Take a closer look. 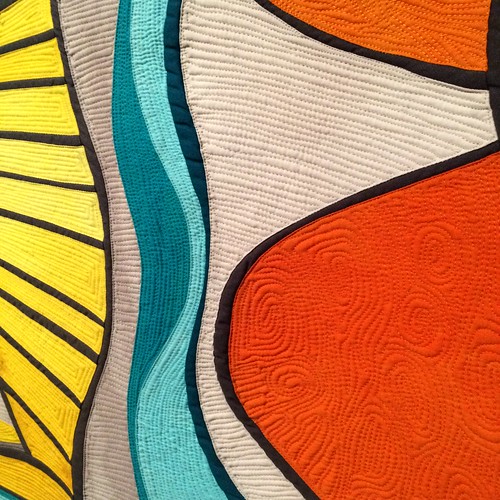 I think I could really get into something similar.  You know how I like to quilt the Dickens out of things.

This one is called "The Ray, the Roses, and the Portal". 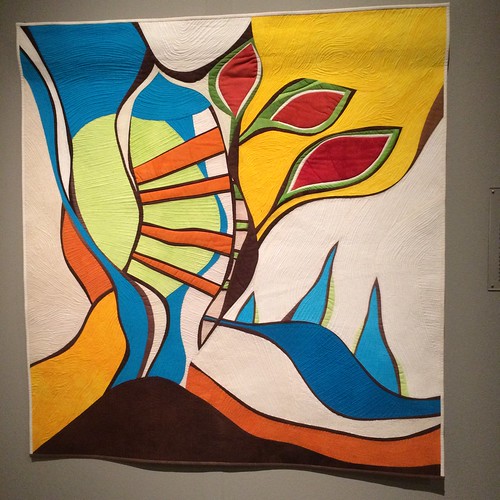 Something is definitely happening to me.  There was a time when I wouldn't have given these quilts a second glance, they just weren't "me".  But, I can sense a change occurring.  Quilting is opening my mind to other possibilities, palettes, and styles.  I may even stop wearing black and gray at some point (gasp!).  I still don't want to label myself, but I definitely want to try out a few new things......when I have the time of course.  LOL!

Before you go, please let me know which show you would like to see next....Road to California or QuiltCon?