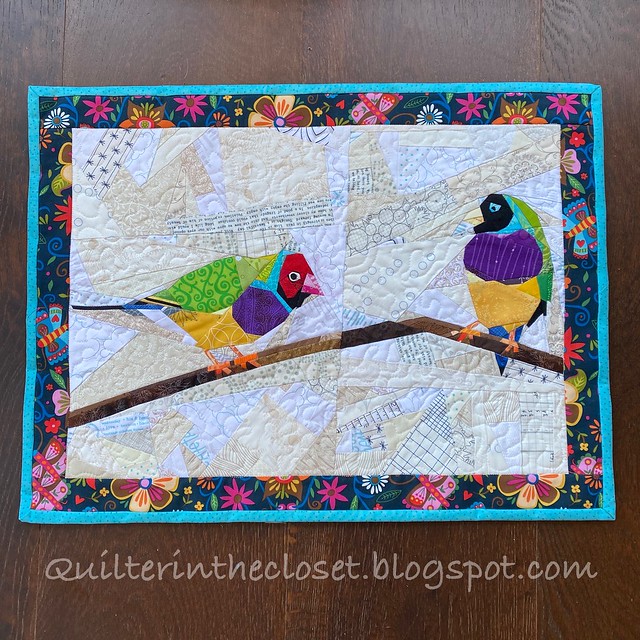 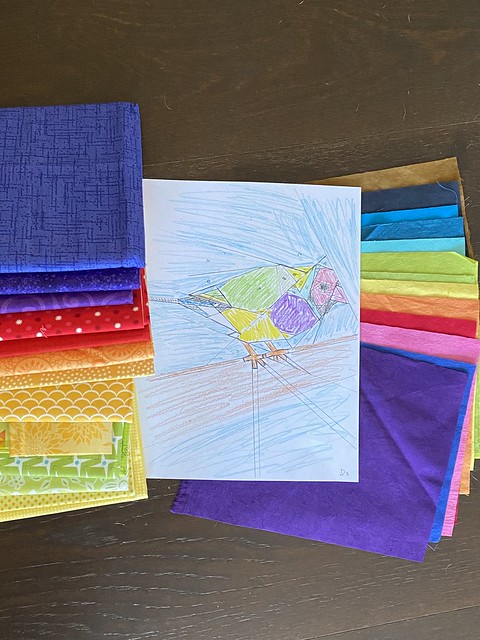 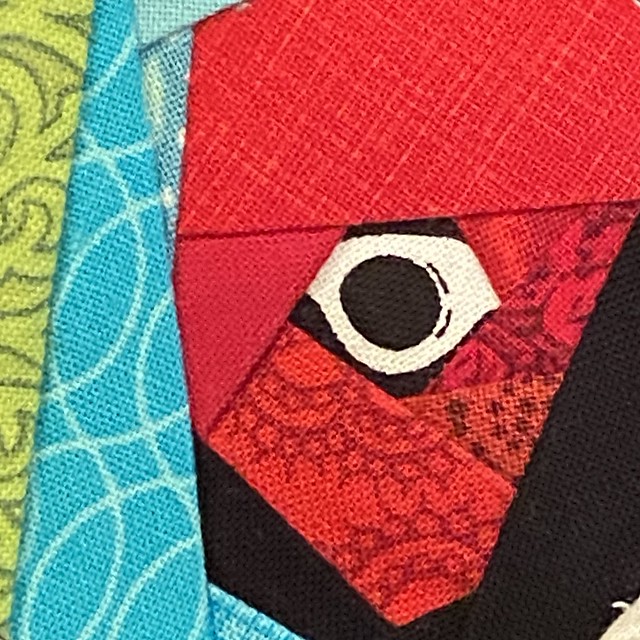 I made progress on my Fall OBW. 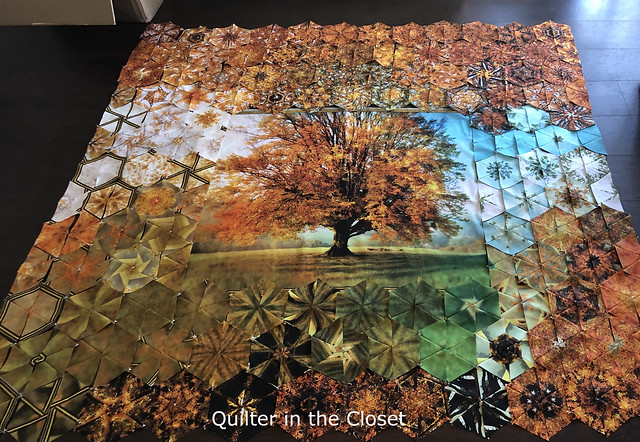 I got it all pieced together and started on the borders, only to run out of the solid black I was using, so I had to order more and am currently waiting on it to arrive.

In the meantime, I started on another (which I secretly like a whole lot more). 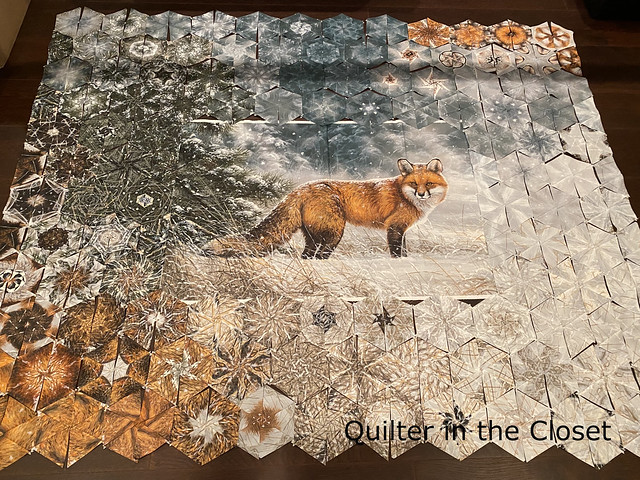 I've sewn together all the strips of partial hexagons, now I need to sew the strips together.  The good news is that I have all the border fabric I need to finish it up when I get to that stage, so hopefully, I will be able to finish this one up before the end of winter.

I am really loving this technique of using panels together with the OBW techniques!

Oh!  And thank you, Marlene, for the tip about the OBW Facebook group.  I did join up and I love seeing what everyone else is doing there.

I've also decided to join up with the APQ UFO Challenge.  I am supposed to work on Project #2 on my list which is my Van Gogh Cafe quilt.  I probably should have looked to see which number was chosen for January before I made my list.  That is the project that I am the least finished with on my list.  I only have the basic outline completed.  But, I guess it will be good for me to be encouraged to work on it.  After all, progress is progress.